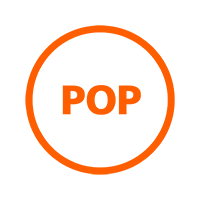 Jasmina has been singing professionally since she moved to Chicago from Croatia as a child. She received scholarships to some of the best private schools in the US for her academic and musical education, and has performed on world-famous stages such as the Lyric Opera of Chicago, United Center, and with the Chicago Symphony Orchestra, as part of the Chicago Children’s Choir.

She continued her musical journey at Oberlin College in Ohio, where she studied Neuroscience & Psychology as a scholarship student while taking voice lessons, courses in ethnomusicology, and performing with small jazz groups at the world-renowned Oberlin Conservatory.

She moved back to Croatia for a few years after college, where she performed throughout the country with several bands. She also performed traditional Balkan music at many events in Istria, as well as Irish traditional music at events for the Irish Embassy of Zagreb.

In 2016 she moved back Stateside, to NYC, in search of creative and professional growth. She booked her first weekly singing gig after just one month — at the historic Kaufman-Astoria Studios. She also performed at the Triad Theater and Fine and Rare in Manhattan, among other places.

She is currently living between the US and Croatia and finishing her debut album of original music. She will also release an EP of electronic music songs she has written and mostly produced herself. Most recently, she was featured on a new album by The Burner Brothers, a NYC-based D&B group.

Jasmina loves to help and inspire people on their musical journeys and is also a vocal coach on the side. She has been writing music and poetry for a long time and looks forward to sharing her experience and immense love for music with the students of UNITEDPOP!